I have been waiting since October of last year for data to show how well the repairs for the automatic enrollment system of the Customer Assistance Program have worked.  I have now analyzed the information from May of this year, and there is some good news.

It would appear that about 91% of the 554 CAP homes that I found to have exceeded an improvement value of $250,000 in January of 2017 have been removed from the CAP roles.   This was the threshold for determining if customers in these homes needed to be income qualified.

Another 1% had decreased property improvement values from the appraisal districts in the last year, so they were also justified in being allowed to continue participation.

However, about 2% of participants live in homes that exceed $250,000 in improvement values and cannot be justified unless they were income qualified.  I have asked for the list of income-qualified individuals under Open Records to see if their participation is indeed valid.

The larger problem, though, is those customers who owned two or more properties.  About 35, or 6%, were in this category.  One of these customers had almost $15 million in property assets in 2016.  If all of these 35 homes received discounts for electricity, water, and drainage, it would amount to about $23,000 in misspent money.

What is most frustrating is that I gave Austin Energy my dataset that identified these homes, so it would have been a simple matter to check the current participation roles against them.  This part of the repair is obviously not working and needs to be attended to immediately.

It should not be up to one skinny activist to continue to do this kind of quality control inspection as a volunteer, and AE staff needs to develop the in-house trouble-shooting ability to prevent this from reoccurring.

While I congratulate your staff for running a better system, on a higher level, I have fundamental concerns about CAP that go way beyond the accuracy of auto-enrollment.

Take, for example, this 2,800 square-foot house in Northwest Austin that receives CAP (3604 Alta Court).  In 2017, it was valued by the Travis County Appraisal District at $861,000.  The improvement value was only $118,500.  Were some tragedy to befall this home, there is no way it could be rebuilt for this paltry amount of money.  The improvement value used by the Appraisal District is not an accurate benchmark for determining the wealth of a household, and there is no way we can justify giving money meant to the poor to this home and others like it. 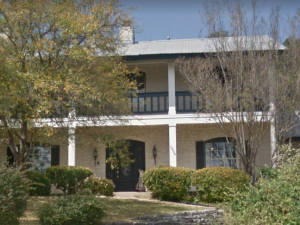 Auto-enrollment is an expensive system to run.  Income qualifying participants is generally more accurate at screening for need, and there would probably be monetary savings from this system that would allow more money to be spent for low-income customers.

For example, the Sacramento Municipal Utility District (SMUD) has only about 20% more customers than Austin Energy.  However, in 2015, SMUD had 2.6 times the number of participants in its low-income discount program as Austin Energy had in the same year.  Its screening method is income verification of each participant that applies.

SMUD has 3 to 4 staff people responsible for verifying participants on a rotation of once every 2 years.  By inference, this staff cost in Austin would only be about $200-300,000 a year.  Contrast this to the cost of administering Austin Energy’s automatic enrollment process of about $1.3 million annually.

There are a number of ways that SMUD participants can apply, but one effective method is for utility staff to simply ask new customers if they want to receive the discount when they apply for service over the phone.

CAP gives a 10% discount no matter how much electricity is consumed. This works against the conservation-based rate structure that the utility has intentionally implemented.

In 2015, $2.2 million, or 21% of total Austin Energy CAP discounts, went to the 4th and 5th tiers of use.  If the money were redistributed to give higher discounts to customers in the first 3 tiers of use, it would be more equitable, while at the same time encouraging conservation.  Distributing this money equitably among all CAP participants would raise the average discount of about $250 in 2015 by about $60 per year.

In the last 5 years, CAP has received about $8.5 million in revenues above what it has spent on assistance to the poor.  This money is not even garnering interest that could increase its value to low-income residents.

While some of this money may be needed for an official reserve fund, several million dollars could easily be spent to improve or expand assistance.  A direct installation program for low-cost, high payback items such as LEDs and pipe wraps could be started in low-income neighborhoods, yielding a rate of return greater than the investment.  Another alternative for this surplus would be to increase the CAP discount.

Either idea will help more people than the current policy of accruing money in a non-interest bearing account.

In summation, I urge you not only to make proposed changes that will eliminate owners of multiple properties from receiving CAP funds, but go further and thoroughly repair the program so that millions of more dollars are either available or are more fairly distributed.