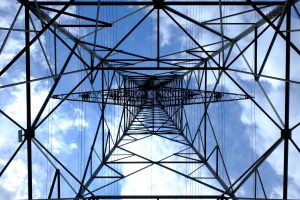 This year, the average City of Austin utility customer who receives electric, water and drainage bills will pay roughly $30 to fund discounts for low-income ratepayers. In some cases, this Customer Assistance Program (CAP) can prevent a household from choosing between food or utilities in these pandemic-ravaged times. Austin Energy and Austin Water expect to put a total $17.5 million toward these discounts this year.

Most Austinites might be proud to live in such a compassionate city. But some of these funds go to people who don’t need the help, or they fail to promote the energy savings that Austin residents should expect.

In December 2014, the Austin American-Statesman ran a front-page story reporting an analysis I conducted of CAP recipients. It revealed some of the CAP discounts intended for the poor were inadvertently routed to people who lived in expensive homes or owned more than one property.

CAP was automatically providing utility bill discounts to people who participated in certain social service programs,such Supplemental Security Income or the Children’s Health Insurance Program, assuming this was a proxy for a low-income household. No one checked to see whether these customers lived in a larger or wealthier home. An affluent family could still end up on the list if, for example, they have a foster child on CHIP, or an elderly parent in the home receiving SSI.

After several years of protesting, lobbying and bellowing like a wounded water buffalo, I convinced the city to start verifying the income of CAP recipients who lived in wealthy homes or who owned more than property. This reform was implemented in the summer of 2018.

Yet when I reviewed the data last fall, I still found 123 questionable CAP recipients. One owned a mansion on 4 acres with 7,100 square feet of structures, a swimming pool and a tennis court. Fifty of these customers owned over $500,000 in real estate; 28 lived in structures more than 3,000 square feet; 28 owned more than one property.

I cannot determine how they qualified for utility bill discounts meant for the poor. Austin Energy, which manages CAP, has told me it would cost unjustified amounts of money to provide the data. And even then, the data might only show which properties qualified for the discounts, without explaining why. So I have made a formal request to the City Auditor to conduct a thorough review of several issues:

• Failure to verify the income of all recipients. Austin Energy still does not independently verify the income of most CAP participants, unless the person’s home (structure only) is worth more than $250,000 or the person owns multiple properties. That doesn’t go far enough. Even if they do not live in expensive homes, program recipients may have high incomes; own stocks, expensive jewelry or late-model cars; or have sizable savings. If even 10% of the funds are going to the wrong people, such waste could reach $1.7 million this year.

• Concerns about weatherization program. A million dollars of CAP funds in 2019 went to a program providing free weatherization,such as attic insulation and duct repairs, to reduce energy costs. But eligibility is open to people with much higher incomes than those receiving bill discounts. And by my calculations, the program saves only 47 cents for every dollar invested.

These problems have festered far too long and likely resulted in millions of dollars going to the wrong people or the wrong purpose. Too many ratepayers rely on CAP for a lifeline, and its problems can no longer be ignored. It is past time for an official audit.

Robbins is an environmental activist and consumer advocate living in Austin.