Is imagining a “progressive” natural gas utility even possible?

Or are these fossil-fuel marketing companies locked into a fossilized business model?

Below is a recent news story about huge gas utility rate hikes in Austin, but it is followed by a summary articulating a better way.

The three companies that supply natural gas to Austin residential and commercial customers are each seeking a rate increase under the Gas Reliability Infrastructure Program, or GRIP. City Council acted on April 8 and again on Thursday to temporarily suspend implementation of those increases. However, the increases are likely to take effect after a short period of review because of the way the utility law is written.

Texas Gas Service, which serves the majority of Austin customers, is seeking an interim rate increase of about $10.7 million from customers in the sprawling area between Bayou Vista and Beaumont to Austin.

CenterPoint Energy is seeking an additional $44.7 million in its South Texas Division, and Atmos Energy Corporation is seeking an interim rate increase of more than $111 million, according to documentation filed with the city. All three companies are requesting rate increases under the GRIP statute to reimburse themselves for money spent in 2020, mostly to replace old pipe, according to Larry Graham, manager of regulatory affairs for Texas Gas Service.

Each company has filed documentation to show why they should be allowed to charge more within 45 days of their filing. The amounts are based on their 2020 expenditures and are technically subject to City Council approval.

However, as Rondella Hawkins, the city’s telecommunications and regulatory affairs officer, explains, GRIP is not a typical rate increase. She told the Austin Monitor via email that a Texas Supreme Court ruling concluded that the GRIP statute provides only for “a ministerial review of the utility’s findings to ensure compliance” with state law and Railroad Commission rules. She pointed out that the rate increases allowed under GRIP will be subject to review during their next comprehensive rate review.

Consumer advocate Paul Robbins protested at both the April 8 Council meeting and Thursday’s meeting, telling Council if the increase for Texas Gas Service is approved, the amount received by the company will have increased 25 percent since 2019.

Graham said Robbins “makes conjectures that are unfounded, and his math is wrong and his conclusions are wrong.”

Graham said his company has the vast majority of customers in the Austin area, while Atmos has around 10,000 and CenterPoint fewer than 1,000.

Documentation provided by Atmos Energy shows the current residential customer charge is $26.45 per month. With a rate increase of $4.55, that monthly charge goes to $31.

Contrary to what Hawkins said, Robbins says Council should “give the Resource Management Commission or another city commission the ability to review all aspects of the gas utility. The increased oversight will over time create a better chance for fairer rates.” In addition, Robbins suggests that Council adopt a resolution indicating that it wants to ask for bids from competing utilities “when the gas company’s franchise begins renegotiation two years from now.” 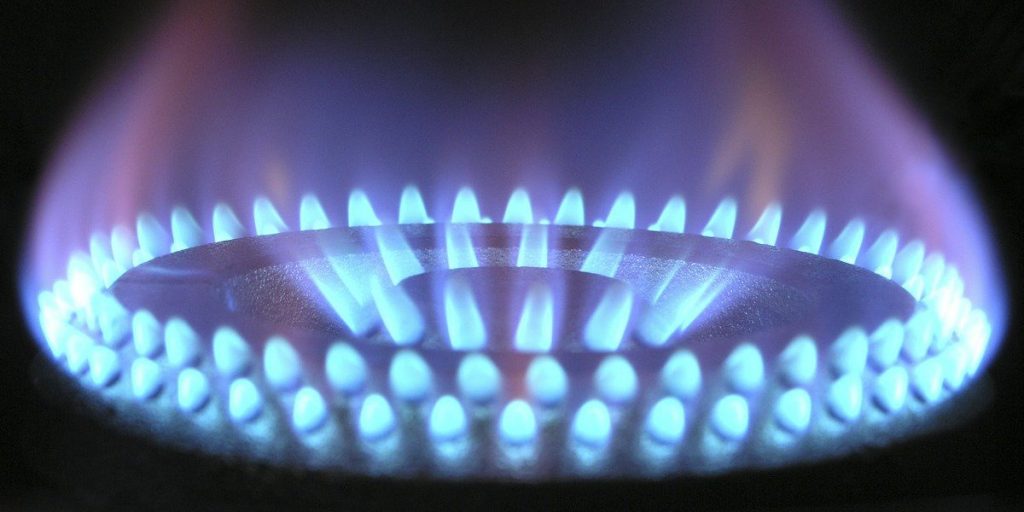 A Gas Company That Cares About Consumers and the Environment

The lower a monthly service charge is, the more money that will be charged from actual consumption.  This encourages conservation, while at the same time helping the poor, who generally use less energy.

In 2020, I reviewed the rates of the largest gas companies in the U.S.; 26 out of 32 regional or state tariffs reviewed had a monthly service charge lower than TGS-Austin.  Some were only lower by a small amount, but 7 were less than half of the TGS-Austin charge.

In 2020, the TGS monthly charge was twice as high as CPS Energy in San Antonio.  Given the similarity in climate, this seems a good benchmark for Austin to follow.

Another thing that a progressive gas company would do is charge a higher price for higher blocks of use, or tiers.  Both Austin Energy and Austin Water have 5 tiers, where each block of higher consumption is charged more per unit than the last.  TGS, by contrast, has flat rates, where each unit of energy costs the same.

Large gas companies that have progressive tier charges include: SoCalGas, Pacific Gas & Electric, and Southwest Gas in California; Southwest Gas in Arizona (for low-income ratepayers); and Spire Energy in Missouri (in summer months).

Low-Income Bill Assistance: It is common for gas utilities in the states of California, New York, and Massachusetts to have monthly discounts or lower gas rates for low-income customers.  Our neighbors at CPS Energy in San Antonio also have low-income discounts for gas service.  Austin utilities (electric, water, drainage) have discounts and emergency assistance amounting to about $30 million a year.  However, TGS-Austin will only be spending about $100,000 this year.

Capital Recovery Fees: Connecting new customers in a growing city costs a considerable amount of money.  Who pays for it, the new customer, or existing customers?  At Austin Energy and Austin Water, new customers are charged full hook-up costs.  At TGS, it may be as low as 10%.  After Austin’s electric and water utilities began collecting full costs, both of them lowered their rates.

Currently, most renewable gas sources are profoundly expensive.  However, some gas progressive companies are investing in research and development for a cleaner, safer utility.

SoCalGas, which serves much of Southern California, spent over $16 million in 2020 on Research and Development.  About 80% of this money was related to clean energy and energy efficiency.  The remainder was related to efficient operations that lower bills, including better prevention of gas leaks common in everyday operation.  In 2020, there were 386 active projects.

Most R&D funds are leveraged with other partners at about a 7 to 1 ratio.  These partners include the National Renewable Energy Laboratory, the California Energy Commission, and the Gas Technology Institute.

A BETTER DIRECTION: Negotiations on the TGS-Austin franchise – its license to operate – will begin in the near future.  Austin should seek bids from competing gas utilities that will better reflect our community values.