Robbins: Austin should lead the way for next wave of renewable energy

Paul Robbins – Special to the Austin American-Statesman, Sunday, May 13, 2018

Wind power and solar cells may seem like best friends to environmentalists, but in a very real sense, they are “fair weather friends.”

Most Austinites remember waking up to the bitterly cold morning of Jan. 17, when temperatures plummeted to 18 degrees. Austin’s utility hit a new winter demand record. When this occurred, Austin’s wind power operated at only 22 percent of its rated capacity, and its solar cells operated at only 1.5 percent of capacity.

Defenders of fossil fuels never fail to fault wind and solar cells as intermittent and not “dispatchable,” that is, these power sources cannot be turned on or off on demand. The many cities, states and countries trying to increase consumption of renewable energy confront this problem.

Some academics suggest that intermittent wind and solar can be woven together from different regions to form virtual dispatchability, with little or no conventional power needed. When one region is not producing power, another will. However, there is no place in the world where this has been done at scale. Even if it could be done, long distance transmission lines are expensive.

Some clean energy advocates believe electric batteries will create dispatchability. But at this point in time, they are not economic for daily storage in the mainstream United States. They are only economic for niche markets.

Austin has been a leader in clean energy for decades. We need to take the next step and develop dispatchable renewable options available for Texas.

Concentrating Solar Power, which has existed since the 1980s, uses mirrors or lenses to focus high-temperature heat to the top of a tower or the center of a trough to boil water or refrigerant to generate electricity. Just six-tenths of 1 percent of the land in Texas could provide all of its total 2017 electric consumption. Its onsite heat storage is relatively inexpensive compared to electric batteries.

Compressed Air Energy Storage uses intermittent or low-cost power to produce compressed air in geologic formations like old gas wells. When stored energy is needed, the air is heated in a combustion turbine, which operates at greater efficiency due to increased pressure. This process still needs natural gas, albeit greatly reduced amounts of it. In the future, waste heat from the compression process itself might replace gas altogether.

Thermal Energy Storage uses intermittent or low-cost power to produce ice, cold water, or hot water in tanks inside or near buildings for later use. It is cost effective today for many large buildings and grocery stores. Austin has barely scratched the surface of its potential.

Concentrating Solar Power and Compressed Air Energy Storage have not been built in Texas. The first plants will be more expensive because they have not reached economies of scale. To mitigate costs, Austin should become the charter member of a partnership with other Texas cities and utilities to share the expense. Austin could also use funding from the utility’s GreenChoice program, which allows customers to voluntarily pay more to support renewable energy.

Thermal Storage could be mandated and incentivized for new large buildings and grocery stores when appropriate.

Real leaders in clean energy today are confronting dispatchability. If Austin wants to continue to lead in this field, we need to rise to this challenge.

Robbins is an environmental activist, consumer advocate, and editor of the Austin Environmental Directory . 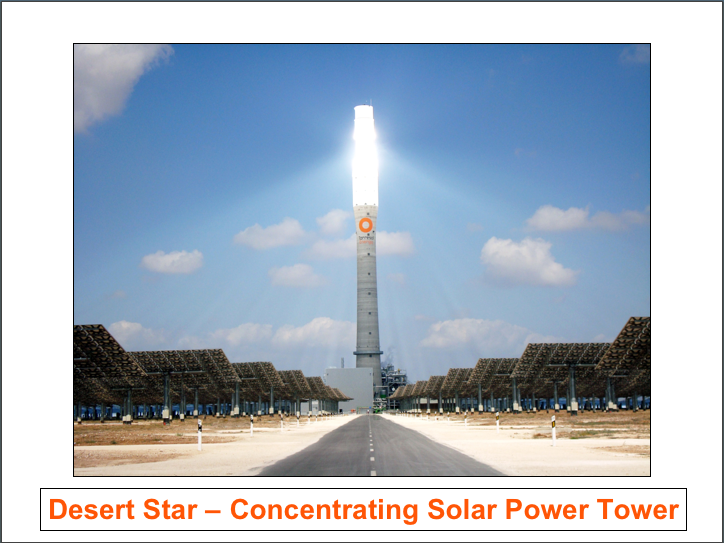 Solar cell and wind generation are great for the environment, but they are limited in their reach.  They are intermittent, and cannot be dispatched on demand when they are needed.

On April 17, 2018, a presentation (now recorded) was made to the City of Austin’s Resource Management Commission on the need for dispatchable renewable generation as well as solar cells and wind.

View it at this link.

One of my ideas is to convert GreenChoice from funding wind to funding Concentrating Solar Power.  Wind is now close to parity with conventional fuel charges in Austin, and converting GC to solar could allow Austin to start buying dispatchable renewables at little or no cost to the typical Austin consumer.

Paul Robbins has become something of an institution in Austin as a full-time, volunteer watchdog of the city’s municipally-owned utility, Austin Energy. Recently I wrote about how he forced AE to make changes to its discount program for low-income customers. This week I’d like to focus on another fight he has waged, often putting him at odds with fellow environmentalists.

Robbins, who calls himself an “environmental and consumer advocate,” got engaged in politics in the 1970’s as part of the anti-nuclear movement. But he scoffs at the demands made of Austin Energy by many of the city’s environmentalists, saying that their campaign for 100% renewable energy in the near future is unrealistic.

…So what Robbins suggest? He wants AE to start seriously considering ways to ramp up dispatchable renewable power.

Scientists and policymakers who study global warming are understandably panicked by the deterioration of the earth’s climate. Rising temperatures, increasing drought ironically contrasted with increased incidents of major floods, reduced agricultural output, and dying forests are all predicted as the damage spreads. In worst-case scenarios, billions of people could be at risk of a reduced quality of life, or much worse.

Many activists are desperate for action to eliminate fossil fuel use associated with carbon emissions. I share their frustration. Unfortunately, desperation does not breed good policy, and you cannot legislate physics.

An unfortunate attempt at such legislation occurred at the Aug. 28 City Council meeting, where advocates for clean energy won a commitment for 100 percent carbon-free electricity for Austin’s municipal utility by 2030 (assuming it is “affordable”). Currently Austin gets 23 percent of its energy from renewables.

As an advocate of clean energy for 37 years, it pains me to question this laudable goal, but without cost-effective energy storage, I do not see a way to technically achieve it.

Some people believe that Austin should retire or sell off its fossil assets and only buy renewable power. This scenario would have the Texas electric grid (ERCOT) sell Austin all the capacity to balance these intermittent power sources.

The problem with the theory is that Austinites may have to pay dearly for their idealism. Privately owned “merchant” plants can charge what the market will bear. Wealth would likely be sucked out of Austin, wealth that could go toward the purchase of clean energy equipment in homes and commercial buildings, among other things.

Also, the “affordability goal” for Austin Energy exempts fuel, so most renewable energy contracts will be loopholed since they are paid for in the fuel charge.

The essence of the carbon-free resolution came from a report issued by the council-appointed Generation Task Force. I invite anyone interested in Austin’s future to read this report. It is largely undocumented and has numerous flaws and contradictions.

Fellow environmentalists have questioned why I would be so ardent opposing this supposedly benign resolution and in questioning the Task Force Report. It is because if clean energy supporters are to maintain credibility with the public, we need to explain the costs, benefits, and the current and future capabilities of the technologies as well as the environmental consequences of the current system.

For the next phase of Austin’s clean energy development, programs rather than arbitrary goals should be the norm. My own short list:

Robbins lives in Austin and has been an environmental activist for 37 years.

At a small ceremony amid the tall pines of East Texas, a handful of Austin officials watched one of the most unpopular investments in Austin Energy’s history rumble to life Wednesday.

A power plant fueled by wood waste held its official opening after briefly coming online a few weeks ago. The privately owned plant will sell $2 billion worth of electricity to Austin Energy for the next 20 years at a price well above the going rate for competing power sources.

“As a green-power advocate, I think we would have been better off investing in other things,” environmental activist Paul Robbins said.

Today Austin will become the nation’s first major green-energy-only municipal operation, a milestone it will reach by relying on renewable energy the city has been unable to sell to its 400,000 other electric customers.

…every penny the city would normally spend on nonrenewable sources will instead go to a West Texas wind farm. This will reduce the carbon footprint of one of Central Texas’ biggest carbon-producing enterprises.

“Austin calls itself a green city. A lot of that is hype,” said environmental activist Paul Robbins, who has been pushing the city to switch to renewable energy for more than a decade. Now that it has, he said, “This is the first time in a long time Austin is truly a leader.”